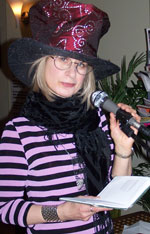 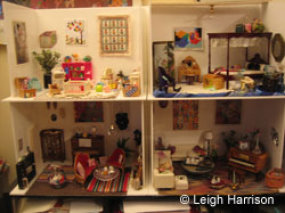 Since writing and emailing the Open Letter in 2009 to hundreds of musicians and other artists, which first appeared here in May, 2009, I have received a great deal of feedback, both pro and con.  In my Letter, I took a stand in support of copyright protection for artists and their work, and said that because of widespread copyright infringement, I was refusing to release my CD at that time.  Most people were supportive of my position; some people who agreed with me, nevertheless, still thought I should release the CD, and some of the people who thought I was doing the wrong thing, nevertheless, supported my right to do so.  There were some who wanted to add their names to a petition agreeing to take the same action I have, and others who said piracy will never end.   Recently, still others have pointed out that the United States government (along with artists' and writers' groups) is actively pursuing cases against copyright infringement, and winning.
Since writing the Open Letter I've come to know, via the internet, many individuals and groups who are working to protect copyright.  I wish to acknowledge people who added my letter to their blogs, especially David Knight at www.musictalksedu.net, and Bobby Perfect at SongCrew Music, who allowed me to express my artistic freedom, despite his belief that I should release the CD anyway.  I also wish to thank the wonderful people at The Copyright Alliance, The Progress & Freedom Foundation, and at Release The Bats (whose statement of support and encouragement pulled me through some difficult times), who are all devoted to the protection of each and every artist's intellectual property.  Of course, the good people at ASCAP, and all the other performing rights associations such as BMI and SESAC are part of the fight, as are the musical artists who've recently added the weight of their names and reputations to supporting copyright.
An Open Letter:
This letter is one of the most difficult letters I have ever written, but I can no longer remain silent in the battle between those who wish to earn an honest living, and those who would seek to destroy the livelihood of all artists. Currently, use of the internet has made many powerful in ways they can copy information and music indiscriminately, but the artists are powerless to earn a living when the bedrock of their living -- copyright -- is eroded. But -- as Paolo Freier said, "In the battle between the powerful and the powerless, to not take sides is to side with the powerful."

I am a songwriter and musician. I have one CD available, but the second one has been delayed for several years by numerous factors, financial difficulties, among them. In the several years since my first CD was released, I have seen the growing problem of record piracy, which has continued, and has, perhaps, even grown, while computers and the internet make copying more possible. After reading hundreds of online articles and reading numerous comments from people on both sides of the argument (those who want to earn money for their music -- or books, or films, etc., versus those who think the internet exists for them to have anything and everything for free) I have decided that it is high time for someone to take a stronger stand in support of the arts and the artists, like myself, who only wish to earn a living from our work.

As a result -- and although I have spent several years writing, recording, and mixing my CD, at considerable expense -- I have decided that without the support of the government making a more stringent defense of our copyright laws, I will not release my CD. There are some precedents for my action. In the 1940's, the music industry went on strike (Frank Sinatra was a strong advocate, working with the Musician's Union) to ensure that radio and other recorded performances made monies for musicians. In her brilliant books, Ayn Rand talks about the fact that the creator deserves the right to ultimately control his or her work, especially in her novels Atlas Shrugged and The Fountainhead. Recent arguments on the subject in the ASCAP blog by Dean Kay (The Daily Brief) have pointed out that while some computer groups believe that everything should be free, groups of artists are already beginning to join the fight against theft of their livelihood. Refusing to release my CD is the way I have chosen to respond in this war between the forces of art and the pirates.

I stand with all artists. In my decision to not offer my CD in the marketplace, despite the years of effort it has taken to create, I validate my belief that if we cannot make a fair living from our work because of piracy, we should not allow the piracy to take place, and we must fight piracy's contemptible affront to our art and our livelihood. My way of doing this is to keep my CD unreleased until I am convinced that the country I live in, and the government whose job is to protect me, will do so by rigorously protecting my copyright. I am not yet convinced of that.

This is, of course, a very personal decision. However, if I am an army of one, I still believe that I am doing the right thing. And, I call upon all artists to make a similar statement to the world of thieves and pirates, by withholding their work until they can be assured of fair recompense for their intellectual property. Please understand that I am not asking creative people to stop creating -- that would be an impossibility for those of us who live by our minds and hearts, which are constantly swirling with the visions of the worlds we first urge into reality through our vision, and then, which we establish in music, words, or images. I am, however, suggesting that to withhold the work from the marketplace until we are assured of a fair return for our work -- via stronger copyright enforcement -- may be an option. It is certainly the option I have chosen at this time, despite my incredible pride in my second CD, and my gratefulness to the wonderful, talented musicians who worked on it with me, and who are probably going to be as disappointed as I am that it will not be for sale at this time.

I realize that not all artists may agree with my decision. For those who recently released a CD/book/film, it is too late to keep it from the hordes of pirates. For those who are preparing a CD -- or book, or film -- it is something to consider. Those who feel that this action is more than they can do are certainly free to release any material they wish. But, if enough artists, musicians, writers, filmmakers (and others whose intellectual property has been bootlegged and continues to be stolen by the thoughtlessness of anyone who thinks they can steal with impunity) -- if enough artists join with me, then maybe a way can be found to stop the thievery. After all, if the internet can be used to trace the progress of the tiniest bits and bytes of financial data, there ought to be a way to use it to trace the pirating of art. It is time to make the government and the internet work to protect artists, rather than shield those who devalue our work via theft.

If you do not agree with my beliefs, you are free to do so. But -- if you support the rights of artists to have their copyright protected -- please forward this letter to all the other artists and musicians you know.

Leigh Harrison
www.leighharrison.com
Below is the original Open Letter I wrote in May, 2009
The original OPEN LETTER
appears in green type below.
* * *